The world is a way more connected place for humans than it used to be. In the good old days (I’m talking pre-19th century), few people ventured far from their home turf, except for intrepid explorers, merchants, pilgrims, and military folks. But since the advent of aviation, or rather the advent of affordable aviation, millions of people have been scooting around the world with nary a care. So, before I get to my plastic waste gripe, I’ll just remind you that Australian airline travel contributes approximately 3% of Australia’s carbon dioxide emissions (yay, climate change! *sarcasm*). So we’re already off to a pretty wasteful and polluting start, even before the snacks are served. 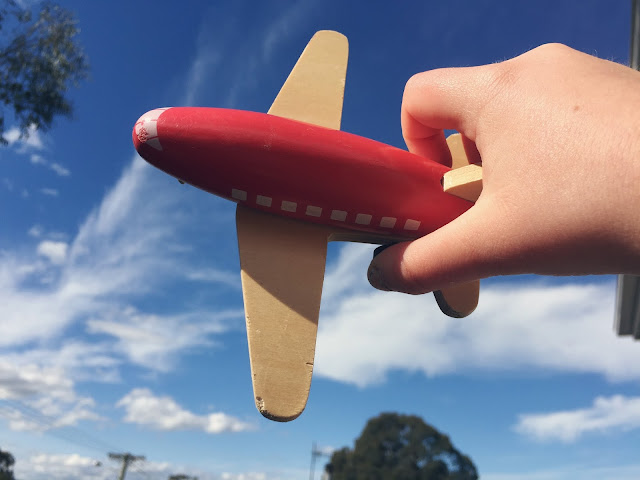 The problem of airline waste


Our family have been playing the waste-free gig for about a year and in that time we’ve well and truly developed our waste goggles, spotting single-use plastics from a mile away. Last week I travelled to Sydney (from Hobart) and was sickened by the waste I saw at airports and on planes and other places. But let’s just focus on the planes, and the in-flight menu.

Once the plane gets to cruising speed on, the air stewards roll their meal carts down the aisle and dish out snacks. On longer domestic flights, you might get a more substantial meal. Usually, there is also an in-flight food menu available. In all cases (that I’ve observed) there is waste, lots of it. Confectionery wrappers, plastic coffee stirrers, cling-wrap, plastic milk pods, headphone wrappers and other assorted single-use waste. Ugh. On a single long haul (international) flight, there can be 500 kg of waste produced!

Domestically, how much waste are we talking about here? Well in the financial year ending 2016, there were 58.44 million passengers carried on domestic flights in Australia.  So, what appears as small amounts of waste (to the individual), can add up to quite the waste monster when multiplied by 10s of millions (per year!). And it would be typical for the average punter to receive or purchase at least one item of food and one drink (bottle, can and/or plastic cup). As I took my seat on a flight from Hobart to Sydney (a Virgin flight), I saw the bagged up waste from the previous flight leave the runway on a motorised flat-bed trolley. Two very large garbage bags full of what appeared to be plastic cups, bottles, cutlery and other miscellaneous waste – the result of (presumably) one short domestic flight.

A waste audit conducted by Qantas found that 54% of in-flight waste (by volume) was recyclable, but sent to landfill. This gives you an idea of how (relatively) easy it should be to reduce airline waste by at least 50%. Similar proportions (45-58%) of recyclable material waste were reported in 2003 for international flights.


What are the airlines doing to reduce waste? Well I did a bit of keyboard-warrior googling and found out some interesting things. Qantas (who also owns Jetstar) have made attempts to improve their waste management – they reduced their waste to landfill by 20% between 2009 and 2014. By 2020 they want to reach 30% waste reduction (over 2009 levels). It’s a start, I suppose.

Qantas also have on-board recycling on ‘some’ flights and they are moving towards plastic-free headsets. They claim to have reduced plastic packaging on many of their on-board amenities to reduce waste and weight, which in turn reduces fuel consumption. They have also installed recycling bins in public spaces in all major Australian Domestic airport terminals that they occupy. Their Australian Packaging Covenant Action Plan (2010-2015) also notes that they have replaced polystyrene cups with 35% recycled content and recyclable packaging.

Virgin airlines (who also own Tiger airways in Australia), like most large Aussie companies, are also signed up to the Australian Packaging Covenant, and their action plan (2011-2016) sets out some of their waste reduction initiatives. Note-worthy initiatives (to be completed by 2012) include ‘reviewing’ of all existing catering product packaging, implementing a policy to mandate the use of sustainable packaging guidelines when designing and implementing all new products, and setting up recycling facilities in their lounge. Now, I don’t mean to sound cynical, but these seem like small fry plans for a major airline – to my mind, they don’t demonstrate serious efforts to reduce waste, rather they sound more like token green-washing.

Unfortunately, none of the major airlines have really tackled the in-flight food waste packaging to any great extent. I understand the small steps approach (airlines don’t want to upset customers and risk damaging their profits merely for the sake of protecting the little old environment!). And I am somewhat comforted that there are initiatives to ‘do better’, however it’s going to need more action from us too (see below). I’m glad to see initiatives to increase recycling of in-flight food, drink and newspapers and I expect that will continue, and hopefully will become the norm on all flights. Whilst the airlines' initiatives are not ‘zero waste’, but rather less waste to landfill, they do reflect steps in the right direction.


We don’t have to leave waste management up to the airlines. We can do a lot as individual passengers to reduce this huge waste problem. Here are my hot tips for flying waste-free:

1. Take your own snacks in your own home-bought container. I took snacks from home on my trip away, and then I bought a lemon tart at the airport, put directly into my container for the trip home. Choose foods that don’t require utensils (as you’re unlikely to be permitted to take your own on the plane!) 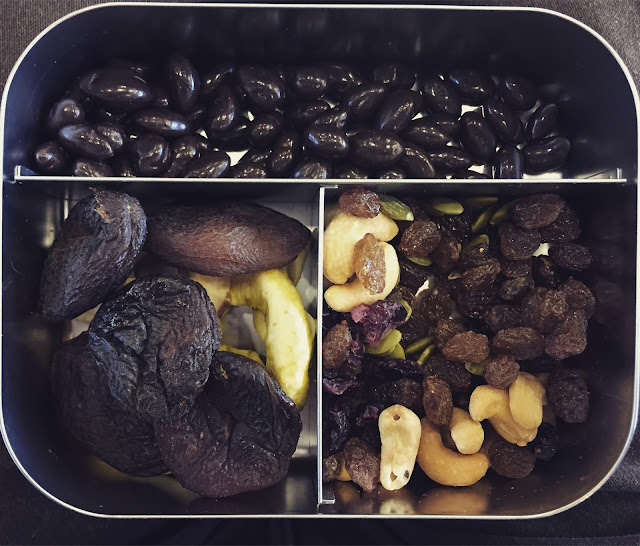 2. Carry your own drink bottle. I use “klean canteen” bottles, but there are many brands. These can be filled at the airport – free water can be found in the bathrooms or at water fountain stations. I’m not sure if the wash taps in the bathrooms on planes are designed in a way that drink bottles could be refilled – does anyone know? 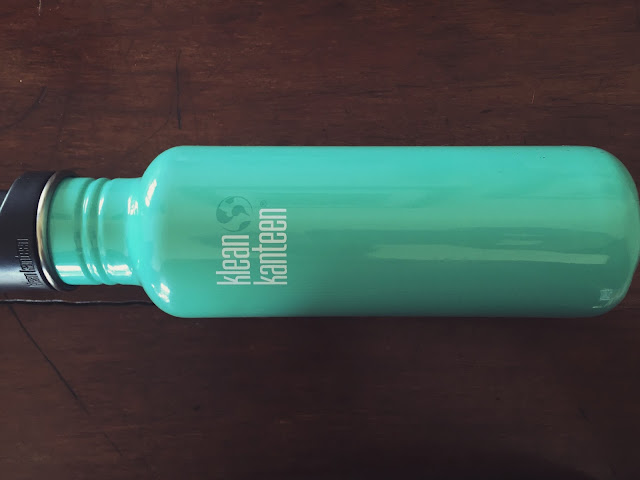 3. Carry your own fabric napkin or serviette, for those turbulent spills.

4. Say no thanks to wasteful airline food. You have the power of choice.

5. Utilise on-board recycling facilities (if available). Otherwise, hold onto your waste until you find a suitable recycling location for it afterwards.

6. Keep food scraps for composting later, but only if you’re allowed to bring those food items into your destination location (some don’t due to quarantine laws). You may want to carry on a lightweight bag or container for storing food scraps.

7. Take your own headphones – really, why does anyone need those free in-flight ones? – they are crappy quality anyway.

8. Take your own reusable keep cup for your hot drink of choice. I’m not sure if you can get these filled during your flight (no harm in asking though!) but most cafés in airports should accept them.

9. Offer solutions to your airline - you may want to let them know that you would like them to reduce their food and packaging waste (e.g. request that they provide in-flight recycling or composting facilities, waste-free snack and meal options, plastic-free options).

10. Support airlines that are accountable for the waste they produce, and which demonstrate significant positive actions to reduce waste.

I would like to see an airline that offers the following on their flights:
Do you think this is too much to ask? What other waste-free flying tips can you share?