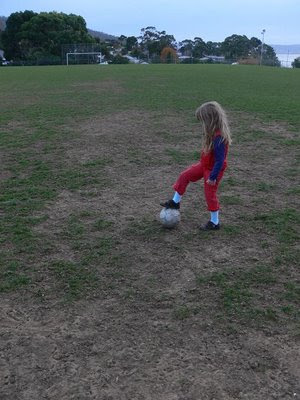 We're getting re-inspired to try some new things and look look around a bit. Fun times! Our new morning walk routine is doing wonders. Some mornings we take the soccer ball out for a kick around the field around the corner. The big owlet has decided she'd like to play for a team so stay tuned. Her first game is in 2 weeks! 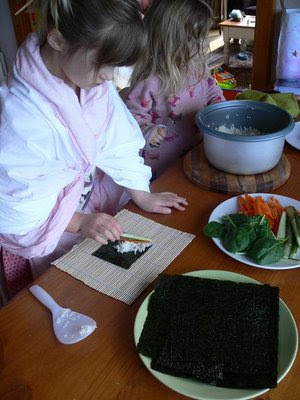 We're also loving all things Japanese. We've made sushi, makeshift kimonos, written our names in calligraphy, looked at gardens and bonsai and watched Totoro, of course! I'm really looking forward to getting stuck into some Winter themes as part of our unschooling days. I'm finding the freedom of unschooling brilliant, but every now and then some organised activities or themes just keep it bubbling along...
3 comments:
Labels: learning, owlets 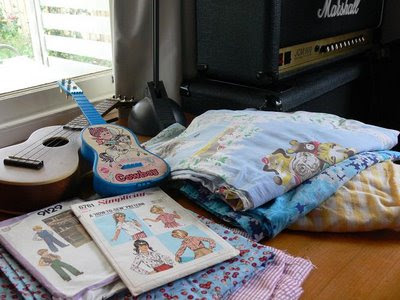 My creative space is in two spots this week... The studio is where the thinking goes on. Its the place where last week's list becomes little project piles on the desk... The studio is also shared with Huz, so its a nice mix of fabric and guitars. This week I'm trying to work out what to do with the fabric found at the tip shop a couple of weeks ago. The E.T. sheet is awesome, but how to use it? Then there's the old patterns I found for making shirts for the owlets... 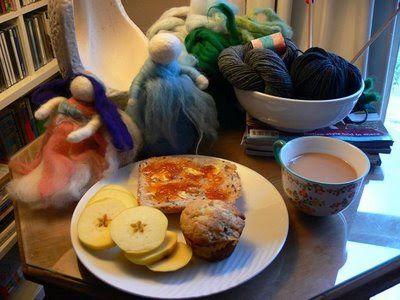 The main working creative space is, of course, the loungeroom. Its just warmer and friendlier. Theres a stereo and a fire... This week I taught myself to needle felt. The big owlet demanded a faerie with purple hair and a pink dress. Next she wants a horse... hmmmm....Of course, no creative space (at my house anyway) is complete without a cup of Earl Grey. Brunch today is the crust from today's bread (still warm!) with our own jam, a pineapple and banana muffin and an apple. Yep, there's that knitting too. Still getting to that!

Pop over to Kirsty's for some other creative spaces.
13 comments:
Labels: creating, dreaming

Words and pictures... tucked up in bed 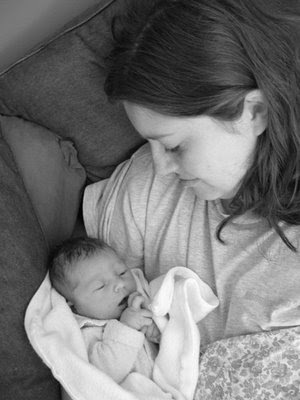 Snuggling with my littlest owlet in my own bed, just hours after she was born at home. Warm and delicious. One of my fave memories right there. :)

See some others tucked up in bed right here.
4 comments:
Labels: dreaming, home 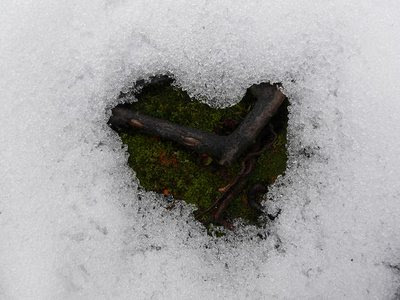 I'm following on from Gina's blog and paying it forward... This is a beautiful idea. I'm about to receive a lovely something in the mail from Gina :) I'd like to send you something too. If you are one of the first three to comment, I'll make something for you. Not sure what yet, it could be for you or a small person you know. Lets talk! In return, I need you to send some handmade loveliness on to three people you know. Easy! Sharing is caring! x
3 comments:
Labels: creating, dreaming

We've spent some time in the garden recently and we were happy, although a little surprised to find some enormous zucchinis. I like to think its because of my fantastic green thumbs, but I suspect they grew that huge out of a combination of neglect and luck... 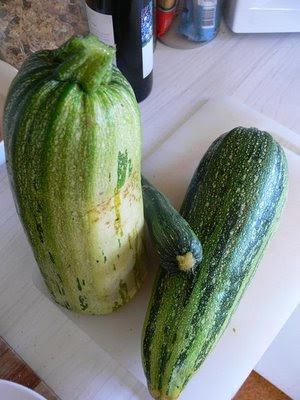 You know what? We don't even really like eating zucchini! Aarrgghh!! What to do?!?! Well a review of the cookbooks revealed Bill Granger's Spiced Zucchini Soup* which I whipped up for lunch with a friend last week (and again this week). It's sooo yummy and easy too... 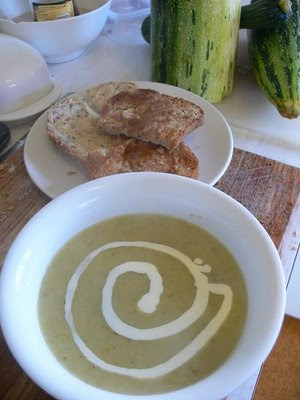 Place the onion, olive oil and salt in a large saucepan and cook over a medium heat for 5 mins, or until the onion is translucent. Add curry powder (or paste) and cook for 2 minutes. Add the zucchini, stock, pepper and rice and bring to the boil. Reduce the heat to low and cook for another 20 mins.

Blend the soup in a blender or food processor (or with a stick blender) until smooth. Serve immediately with a dollop of yoghurt (cream works too) and garnish with zucchini ribbons. Serves 4.

We're lucky to live in a beautiful part of the world. Lucky also to throw on some warm clothes and walk to the end of our street and find this... 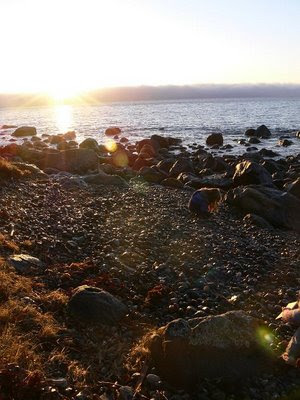 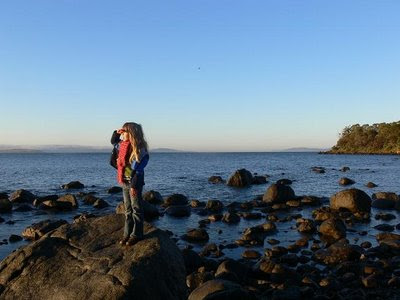 We woke up and saw the low cloud over the river (known locally as the Bridgewater Jerry, cos that's where it starts). The sun hadn't peeked up behind it yet so we saw a late sunrise and found some treasures before wandering home for a big bowl of porridge. 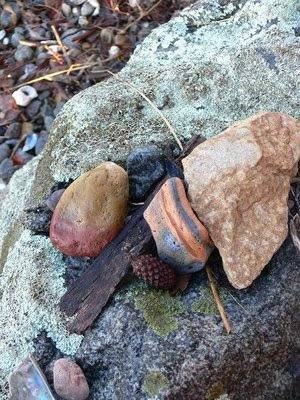 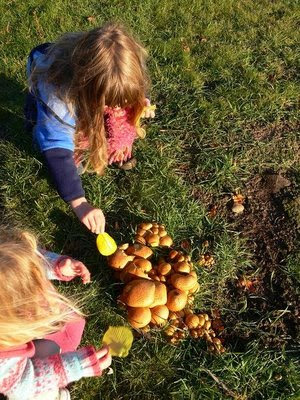 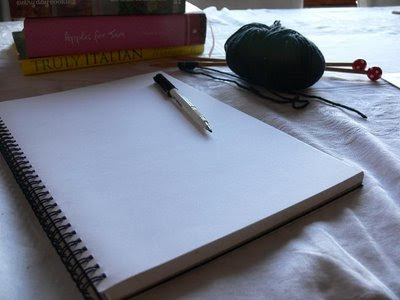 Late afternoon, day's almost over... I have so many things floating around my head. New crafty projects, meal plans for hungry owlets, a new range of activities and inspiration for our winter days... Time to sit down and make some lists!! There's also some of my fave cookbooks for inspiration and that yarn again. I'm starting today for sure! 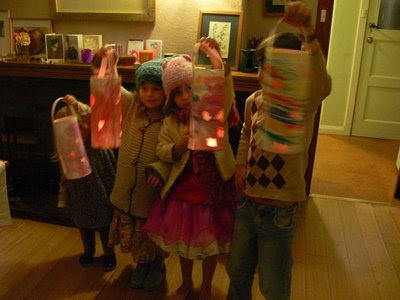 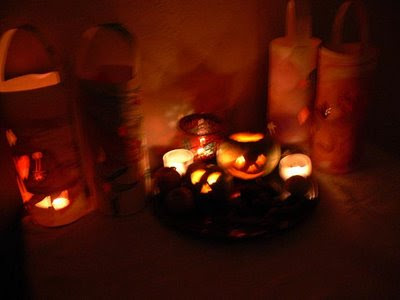 'Scuse the dark shakey pics, but night-time festivals will do that... We've just had a mini end of autumn celebration with great homeschooling friends. We made lanterns and carved pupkins we found in the garden and had an impromptu lantern festival. Nothing like popping on your winter woolies and stomping around the garden in the dark and frightening a bandicoot or two, then tucking into a feast!
No comments:
Labels: celebrating, home, owlets 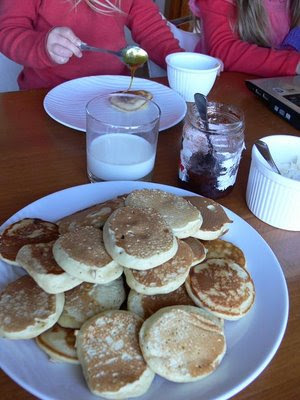 And here's a fave find from a recent op-shop wander... We had these bowls when I was little. The best thing for banana custard! The owlets have taken a fancy to them too. 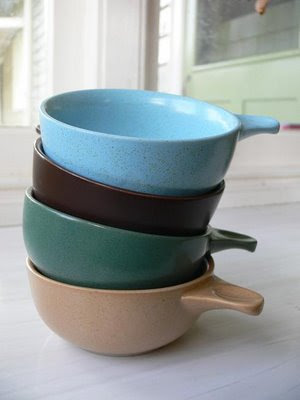 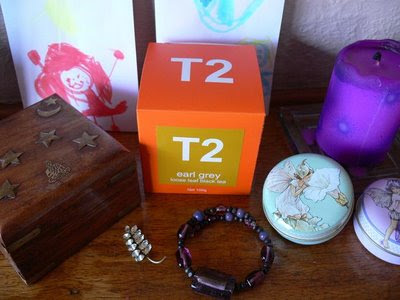 We've been reminded of what a lovely bunch of people we have around us. Lots of delicious meals prepared, visits from my mum and sis who we've missed dearly, cards, flowers and gifts... Friends holding our hands, giving us hugs and warm wishes from far away. Some of the gifts we've received are above. Amongst them a bracelet organised through the Nichola's Tears program, and a box of earl grey to fix my craving :) Thoughtful stuff... One of the saddest moments has been saying goodbye to our midwife and the dream homebirth we had imagined. She's a special soul, one of those rare people who gets you after knowing you for only a short while... If we decide we do feel like adding another owlet to the nest somewhere down the track, its likely our situation will be quite different. After June next year it will be illegal for our lovely, wise midwife to attend homebirths. Strange and uncertain times.
3 comments:
Labels: dreaming, home 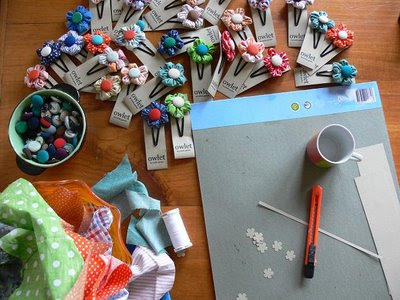 No time for relaxed loungeroom craft this week, but these hairclips are done, in the mailbox and on their way to a birthday party on the weekend. Ahhh, sense of completion... Time to nurture the owlets again and make them some special things for winter... 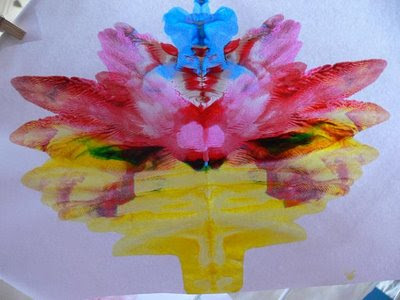 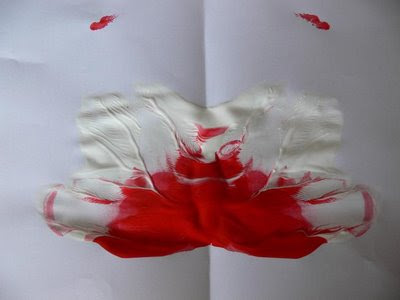 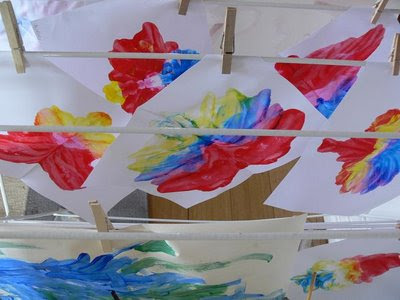 Bright, cheery, messy but clean and somewhat addictive... Just like I made in kindy... We're adding some colour to our autumn days with butterflies...
1 comment:
Labels: creating, learning, owlets 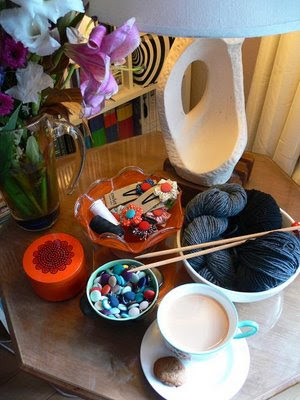 Hmmm... very similar to last time. More time on the couch I'm afraid, this time in the sunny spot under the window. Here's what's happening:

* Big bunch of flowers from a dear friend.
* Nanna's lamp
* Orange box of coasters from a garage sale... we're all loving orange right now.
* Nanna's orange glass bowl, filled with clips. So many more to make before the week's out!!
* Bowl of yarn and needles ready to make a scarf of some sort for Swayer.
* Obligitory cup of tea (wishing it was earl grey) and a gingerbread blob made by the owlets yesterday.


Always making us happy and getting us dancing.
No comments: 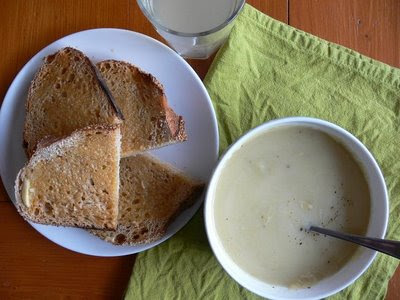 We've been so looked after... lots of moments to ponder and lovely food to warm us... bowls of soup like big warm hugs. Feeling very lucky today. x
No comments:
Labels: dreaming, home 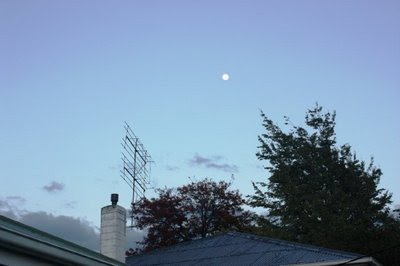 We lost our little Pippin on Thursday night. The moon on the night he was born was a perfect little crescent. Unlike the moon in this photo, which was taken when all was whole and seemed certain, on a crisp Autumn morning. Right now we are spending slow days eating food prepared by lovely friends, and enjoying each others company. Enjoying the certainty of now and looking forward to a time when all is whole and right with the world again...
7 comments:
Labels: dreaming, home
Newer Posts Older Posts Home
Subscribe to: Posts (Atom)