A call for more live music for small ears

Recorded music is a staple of modern life. It emanates from stereo speakers and headphones everywhere, and worms into our ears from almost every supermarket and shop front. At the best of times, we might sit quietly with some quality headphones listening to our favourite album. It can feel great. However, I reckon that the experience of hearing recorded music can pale in comparison to witnessing a good live music performance. The physical jostling of the audience, the vibrations of the bass notes in your body, the smells of the auditorium, the marvelling at the on-stage talent, the fashions and shapes of the crowd, the sense of unity/community that can be felt being part of an audience. Surely these can all be learning experiences, for better or worse. So why is live music performance often an adults-only thing? Fear of exposure to 'adult' activities - sex, drugs n' rock n' roll and all that? Maybe, but I don't think it has to be that way anymore.
If you're reading this, chances are you are an adult, and as an adult you've had what I would call the grand privilege of seeing music performed live on stage. Alas, if you're reading this and you're younger than about thirteen, chances are your live music experiences have been pretty few and far between, and constrained to a very narrow range of music genres (e.g. the straight-up pop of the Wiggles or Peppa Pig live on stage, most likely!). Why is that? 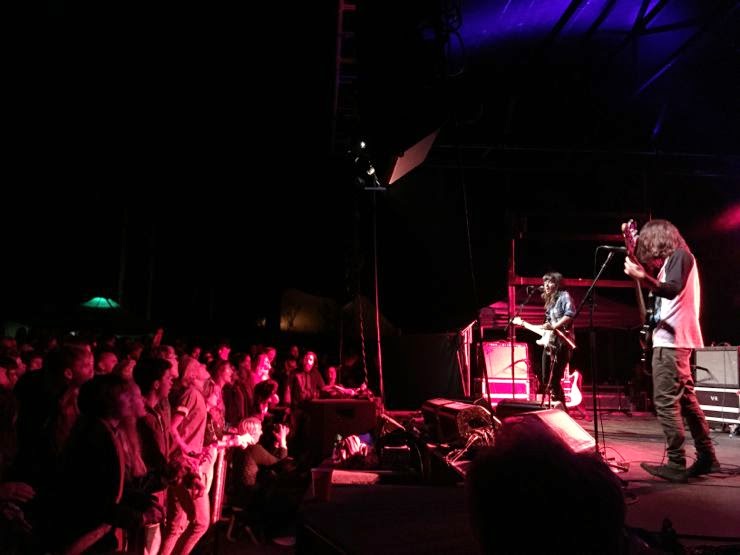 The palette of musical styles and sounds that humans have concocted is enormously rich and constantly diversifying. Given that live music performance can add all kinds of sensory dimensions to musical experience, which no set of headphones can substitute, it seems a shame that children generally do not experience more of what live music can offer.
Children tend to miss out on exposure to a broad range of musical styles and performers, and instead are spoon-fed 'Children's Music', which I reckon it a redundant concept. I find it interesting to presume that children don't appreciate "adult" music. Certainly, the perceptions by children hearing new music is inevitably different to those of most adults. It is more likely to be devoid of the subjective influence of cultural context and bias. I mean that children are less likely to know about the bands-infighting, the possible drug-addled history of the lead singer, the pre-occupation that many have with the private lives of band members. Many great music artists have a troubled history; demons that have inspired and shaped their musical output. But for children seeing the live performance of these musicians, it's all about the feelings evoked by the music in its own right - baggage free. 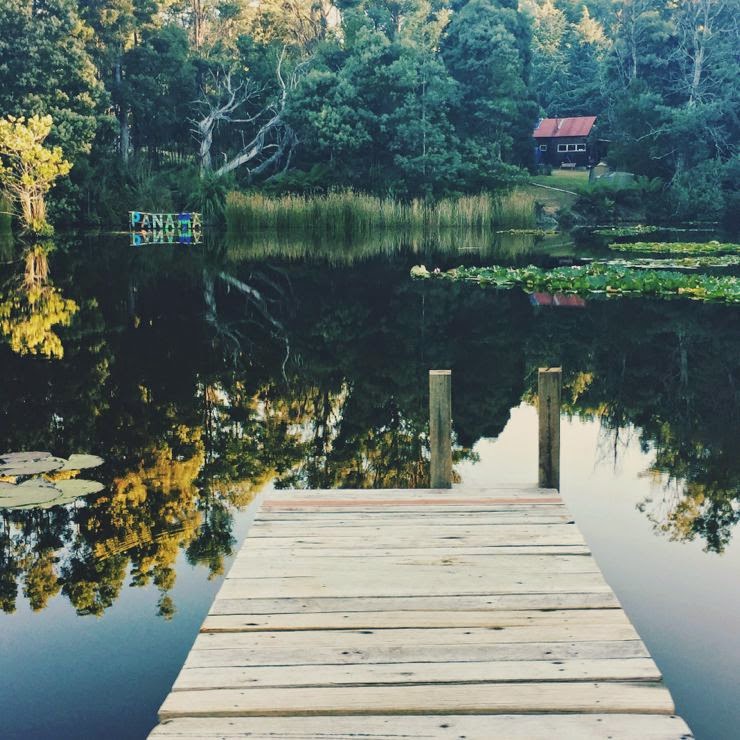 A few weeks ago we took the Owlets on a camping trip to a family-friendly music festival in northern Tasmania called Panama. This festival is set in lush forest, is family-friendly and hosts a diverse range cool, "adult" music. Some of the artists in the line-up had been heard by our kids previously through home stereo speakers, but they'd not batted an eyelid to them then! Mostly these were going to be new sounds to their ears.
On the first afternoon, we took a stroll around the festival site. There was music being played over loud-speakers, but it was mostly being ignored by the owlets. Background noise, distant, inconsequential in their subconscious mind. Then, as the sun was sinking low, a motley group of 20-something's slung on their instruments and started the first live set of the festival. Well this got the kids' attention. Little Owlet exclaimed "I feel it in here!", pointing to her chest. Something had been triggered. Progressive indie-rock being thoroughly enjoyed? What was this madness? 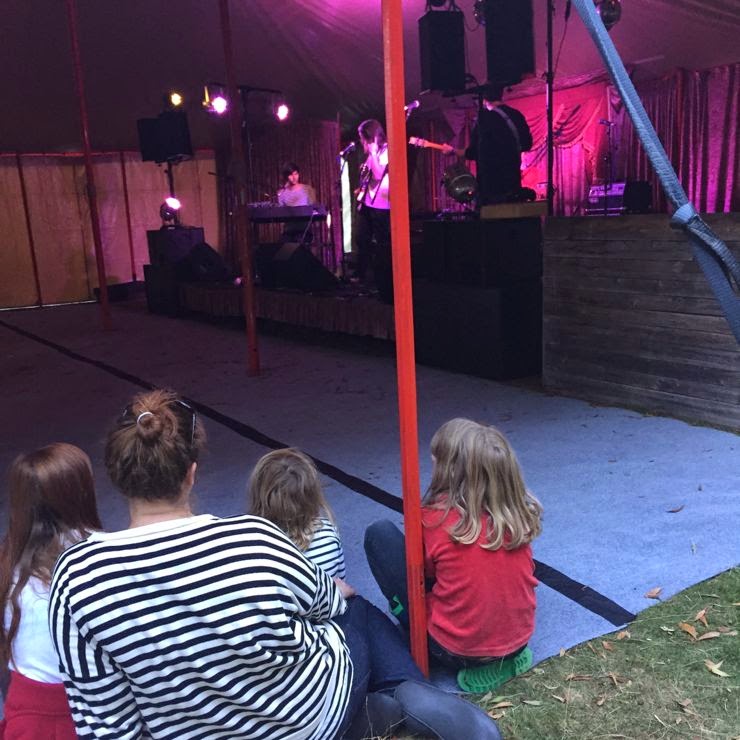 On the next day we witnessed a bunch of musical acts, setting up a rug by the main stage. Now this would be a highly risky manoeuvre in most "adults-only" festivals, especially a few metres from the stage, but here the crowd was limited to 1000 people so it was relatively cruisey. Tiny made a new friend and they danced together and played nearby. As the music passed through jazz, folk, rock and funk, the owlets commented on the instruments and the audience and the way the music made them feel. Big Owlet even danced amongst the loose throng in front of the stage, feeling independent and free, but safe, knowing we could still see her from nearby. It was pretty special. In the evening I took Big and Little owlet to see Bombino, an awesomely cool rock-funk band from Niger. We found a front row spot against the rail by the stage. "I like the bass player, he looks very relaxed." said Little. Towards the end of the set, Little was falling asleep against the back of the main speakers, so we headed back to camp, enjoying the end of Bombino from the comfort of sleeping bags. 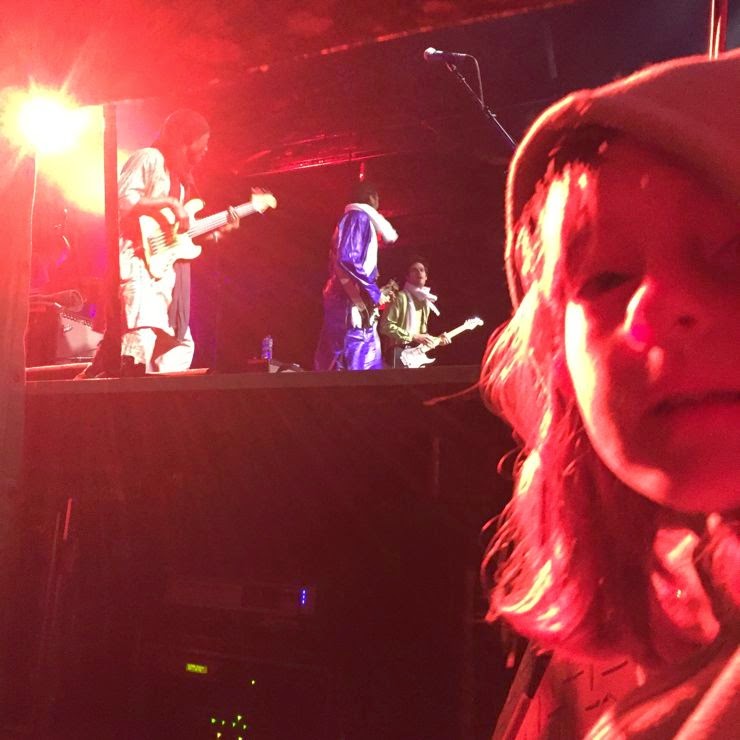 On the last day of Panama, we made the most of all the musical offerings, in between naps in the tent. The previous night had been restless as a result of a DJ played retro beats until the small hours. Big Owlet had heard strange "path pah pah pah pah" noises and moaning from our neighbours tent - we had to explain that that's not how everyone sounds when they are intimate with each other!

The highlights for the owlets were the rock-styles of Sharon Van Etten and Courtney Barnett - great, strong women, and great role models for the owlets, showing that it's not all Katy Perry and Beyonce pop (not that they make bad music necessarily, but just that their music is overtly sexualised). "I'm getting their albums dad". I was beaming with pride. 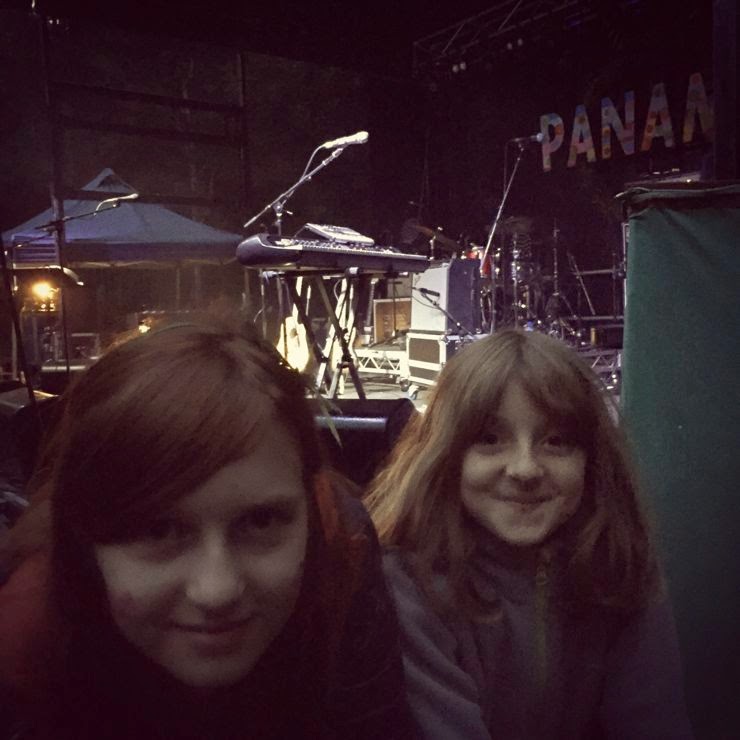 The festival ended with a speakeasy performance by troubadour Ben Salter on a little outdoor stage on the other side of the festival site to the main stage. Big Owlet and I watched some of his set, drinking home-made lemonade. Then we moved over to the centre of a big grassy oval adjacent to the stage and lay on our backs and watched low moonlit clouds fly over as the acoustic sounds washed over us too. Big owlet was reflective and felt changed from the festival, from "getting" the live music buzz and experiencing the positive community vibes built around the common appreciation for good music. Not "children's music", just "music". I wish there were more opportunities for children to be exposed to diverse live music, and hopefully festivals like Panama are an indication that music does not have to be an adults-only affair. 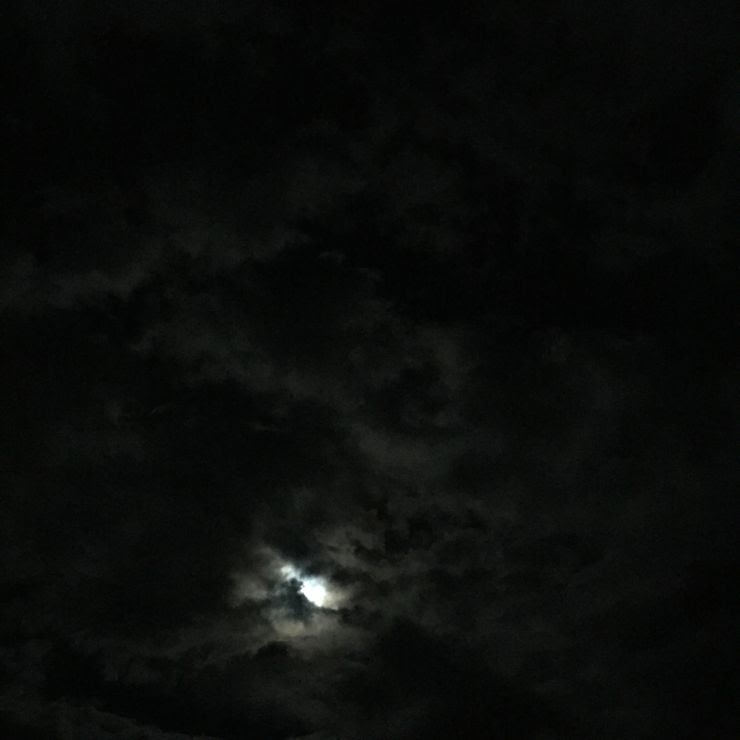 Do you agree that children deserve more live music experiences, outside the genre of "children's music"? Let us know in the comments!